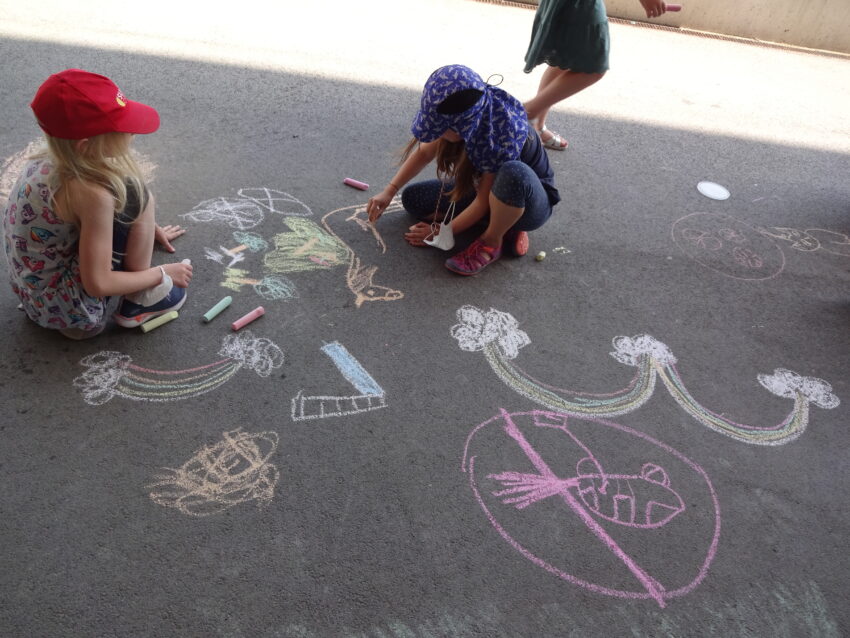 In late June 2021, 4 workshops were conducted in Vienna, Austria as part of the CATAPULT-project. Over 75 children from four different grades of a primary school contributed knowledge, experiences and thoughts about their mobility behaviour and wishes towards future mobility. The purpose of the workshops was to explore the needs and requirements of children towards an inclusive and demand-oriented transport system in urban areas.

The children were asked about how they get to school, their experiences with taking public transport and the barriers and wishes they experience. Most of the children in these workshops go to school by walking or taking a scooter. This may be influenced by the surrounding neighborhood of the school, which is very pedestrian friendly. The children very much differed in their likings of public transport. Among the negative aspects of public transport that children are experiencing are boredom, dirt, unpleasant smells and temperatures, delays, loudness, troubles entering and leaving the vehicles, lack of seating and holding possibilities as well as the perception that public transport is bad for the environment. Some of the children already rode with the autonomous bus in Seestadt, Vienna and found it pleasant but very slow. However, they stated that they would be anxious if there was no responsible person on board (in Seestadt there still is an operator on board).

The pupils reported that they like the route to the schools, if they have the possibility to go with their friends, have nice surroundings with water, plants and animals and the possibility to be protected from the sun. Also, traffic lights make it easier for them to cross roads to the stops. At the stops and in the vehicles, children wish for more toilets as well as a higher amount of and more comfortable seating possibilities. The children criticized that stops and vehicles are often dirty and that there is not enough space in the rush hours. Appropriate temperatures and fresh air in vehicles are important to the children as well.

In general, children wish for more colours and entertainment in public transport. Most of the children are aware of possibilities to inform themselves about the departures, and the stops along the route, whilst transferring into another line still seems to be difficult. Information must be large enough and positioned well for children to read them. Safety is a topic for the children as they have fears of older teens and being addressed by strangers. There have to be possibilities to push an SOS button, more security staff or other safety measures.

The input from the children have been gathered and will be analyzed to derive common needs and requirements of children when it comes to autonomous buses.